This will make me run out of slots for personal posts again and I really should be using the fact that I can spend more time on-line these days to at least add another “New Finds” post. But I did just retake both the Political Compass and Political Coordinates tests this evening, for the first time since 2014 in case of the former and after some two and a half years in case of the latter, so I wanted to post the results, and also make sure I have the week’s second post right away. After all, if I will manage to write another “New Finds” post before next night, I can just post it after midnight and make it next week’s first one, and open another slot for a personal one then.

To get to the results, The Political Compass says that I slid even further on both axes. The shift on the economic one is small, from -8.00 to -8.38, and also normal, my views clearly being far to the Left, my concern being that, seeing as I reject the classical, typical Left about as much as Capitalism or Neoliberalism, I had already reached the limits of what the test can support back in 2014 and the results might become less accurate as the questions become less relevant for me, so in a way it’s a bit of a relief to see that it can still give a pretty accurate result. On the social axis, on the other hand, I’m quite surprised to see myself sliding just over one full point further, from -5.54 to -6.56, though now that I think of it, I guess this may also be correct, the direction taken by the current Progressive movement making me stand firmer on the side of actual freedom as opposed to an attempt to mainly break away from Conservative norms and traditional values and replace them with different, and largely opposite, ones that would nevertheless be enforced in a similar manner, still not letting people live as they wish even if that doesn’t in fact cause unjustified harm… And also not letting them even express their wishes and views, for that matter. 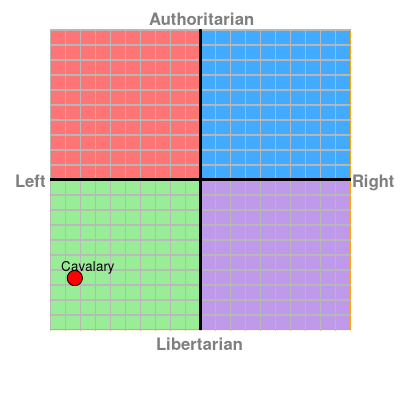 As for Political Coordinates, moving from 80.6% to 83.3% Left on the economic axis means that my results on that axis continue to match almost exactly on the two tests, but getting from 75% to 72.2% Liberal greatly decreases the difference between the two results on the social axis. However, that axis seems to refer to different things, going from Authoritarian to Libertarian on Political Compass and from Communitarian to Liberal on Political Coordinates, which is a very different thing. I still don’t really see how many of the questions would be relevant to this axis if this is indeed what it’s meant to indicate, and my result on it seems to prove that fact, so other than to place me firmly in the correct quadrant, I don’t see it as particularly relevant. 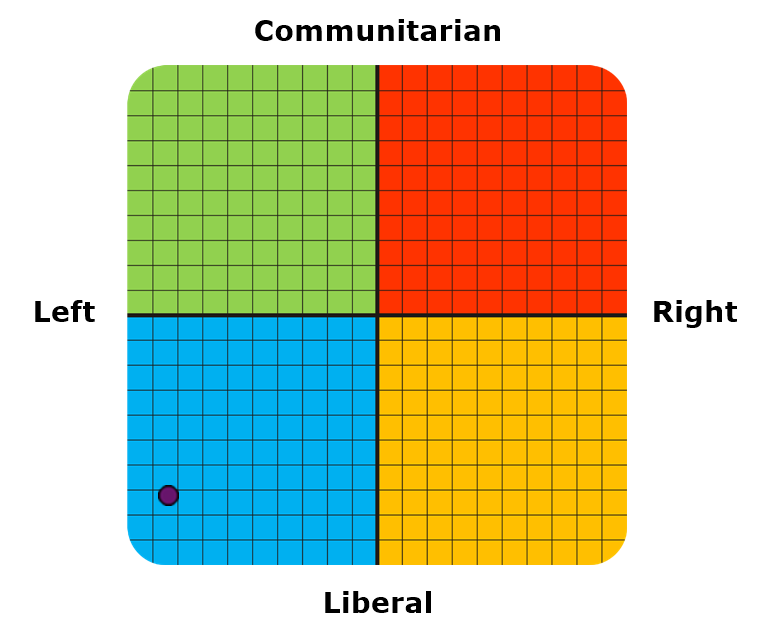 2021 Political Compass and Political Coordinates Results was written on February 28, 2021 at 4:36 AM and filed in Tests & Surveys.
There are 0 comments so far, feel free to post a comment of your own.